The Avengers. In just 3 days of being in theaters, Marvel's monster blockbuster raked in over $200 million in the United States alone. So let's put on our cinematologist riding pants and loafers and dissect it!!

Holy crap. This obviously isn't some indie "B" flick, the cast in The Avengers is completely star studded! As far as casting goes, it was very predictable, being a sequel to multiple movies with those same actors, with exception of Mark Ruffalo filling in for Edward Norton as Bruce Banner.

How'd the cast do? I'm not a huge Samuel L. Jackson fan. I thought the Nick Fury role could have been played better, but that very well could be from a lack of good lines. When the dialogue for Nick Fury tries so hard to serve as comic relief, it feels super forced, but that's a recurring theme in these movies: sometimes it works, sometimes it doesn't.

Chris Evans is the only other person that I felt was lacking. I loved the character, and Chris nails the old timey principles and attitude that someone in that era "should" carry. But he came

across a bit deliberate in his delivery to me.

Robert Downey freaking played the crap out of Tony Stark! In both Iron Man's and The Avengers you have to love him! He plays the self-centered billionaire-hero who struggles internally perfectly! And good lord, the dude got insanely ripped for these movies! Aside from Chris Hemsworth and his crazy epic flowing hair, he was my favorite actor. Thor is just straight up epic. No questions asked! Look at his cape!

Being the over the top blockbuster that it is, The Avengers needed to make use of incredible amounts of computer generated landscapes. That is fine, I love me a good overproduced greenscreen-tastic explosion fest. But did anyone else not like the giant alien army? However 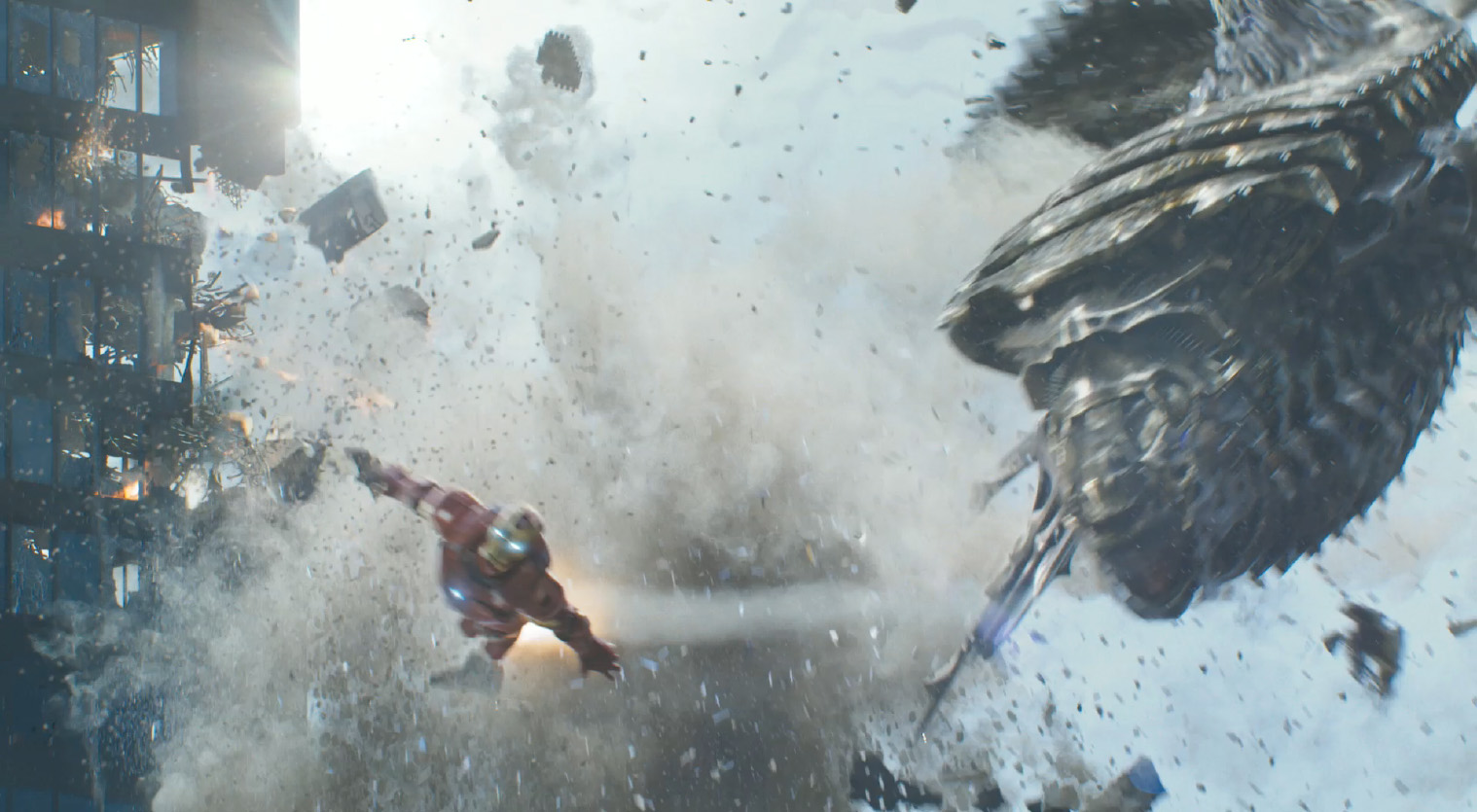 cool an invading army from a different dimension is, I think they could have looked cooler. The giant flying slugs, I thought, were "meh." The giant portal opening in the sky was pretty freaking awesome! I don't even know what to think of these things though...it looks like a mixture between Gonzo the Muppet, the bassist from Pop Evil, and a metal snake/slug thing.

The  special effects for Iron Man were amazing, as per usual, making great use of the HUD type visuals around screen as a recurring theme for Tony Stark. Scarlett Johansson not only played the part of an expert assassin to a tee, but  was also the deadly eye candy the film needed. Side note though! Why couldn't we have given Black Widow some cooler guns? She gets two istols? That's it? If she was constantly grabbing insane weapons it would have added to the "wow" factor. Just sayin'!

Overall, it had technically executed animation, and there isn't a reason for that not to be the case. Lots of chaos went on, which is always good!

Why You Should Watch It

The Avengers is altogether a great film. Joss Whedon is a brilliant human being that has the ability to completely immerse you into a story, however fantastic and colorful. It is sorta long (143 minutes) and has a few parts that just feel too cheesy. Amongst the sometimes failing attempts at comic relief, and plot twists that are more like plot flinches, The Avengers is overflowing with brilliant acting and life altering effects. It's a superhero super movie, it's pretty hard for awesomeness not to ooze out of its pores.

The Slow Decline of Kings

Drama in the NFL: The Sport of Soap Operas

Protect Yourself From Freak Accidents