Cutting the nicotine habit isn’t easy for anyone, but when your job actually encourages or requires you to smoke, well, it becomes even harder! Yet, despite this added temptation and the glare of the public eye on them, this group of celebrities have successfully quit the habit.

Here’s how they said they did it:

Jon Hamm says since he quit smoking 16 years ago, he smokes only herbal cigarettes for his role as the chain-smoking ad man, Don Draper on Mad Men.

Jennifer Aniston credits a Yogalosophy – a type of yoga workout – with the help she needed to tame her cravings.

Ashton Kutcher, Anjelica Houston and Anthony Hopkins all say they were ready to savor the last puff by the end of the book, “The Easy Way to Stop Smoking” by Allen Carr!

Barak Obama told the Chicago Tribune his wife Michelle wouldn’t allow him to run for president unless he quit! To get through his cravings, he says he turns to nicotine gum "which tastes like you're chewing on ground pepper, but it does help,".

“Twilight” stars, Ashley Greene and Nikkie Reed say they used to a type of electronic cigarette called “SmokeStiks” to help them quit and set a good example for their young fans.

With the 10th anniversary of 9/11, Americans throughout the United Sates came together in honor and sobering remembrance. Gallup polls, gaging 9/11's effect these ten years later, found that to this day 58 % feel the overall way Americans live has been changed because of the attacks, while 1 in 4 Americans feel their own lives have been permanently changed. Certainly, the pain of the day has been numbed by the passage of time and yet, the effect is still felt.

In an interview with the Huffington post, Charles B. Strozier,  psychohistorian and author of the book “Until the Fires Stop Burning”, explains the psychological significance of the attacks themselves and their resonance with us 10 years later:

“Psychologically, the felt experience of the people within the disaster was that it was an apocalyptic event…. That psychological experience, or "endism," as I call it, is the awareness that we could all die, and the world could end… Until the nuclear age that awareness took an act of imagination….(today) we no longer need God to end things: We can end the world, and we know it…. nuclear weapons changed us psychologically in ways that we're just beginning to understand. It's one of the intriguing but terrifying aspects of 9/11….

We now have some perspective on how stuck we were before and after 9/11 in the superpower syndrome that led us to a misguided attitude that we could control history. But the 10th anniversary has the potential to serve as a catalyst in interrupting this trajectory, and to define paths toward peace and security….

Likewise, 9/11 survivors can help us define "life-enhancing meanings" from this tragedy; they can also take the lead for the culture in acknowledging America's vulnerability and limitations.

For many survivors it's difficult because it means realizing that something very precious has been taken from them….A good number cannot even bear to be in New York on that day…. And that's the 10th anniversary… . You don't necessarily move on when history absorbs your trauma. But it is different”.

If you haven’t seen “Contagion” yet, you’re one of few!  The film stole the box offices in its debut weekend making an estimated 2.5 million already.

It opens with a young woman, played by Gweneth Paltrow, coughing on an airplane. We follow her home. Her hands, grasping a railing, clutching a public pay phone, are in consistent focus until at last, she dies becoming patient zero in a movie of deadly global epidemic.

With what critics call a “calm, cool precision… not like those ‘70’s disaster movies that had melodrama to match their star power.” you’ll be struck by realism of the movie experience and be left with heavy thoughts and an urge to wash your hands! 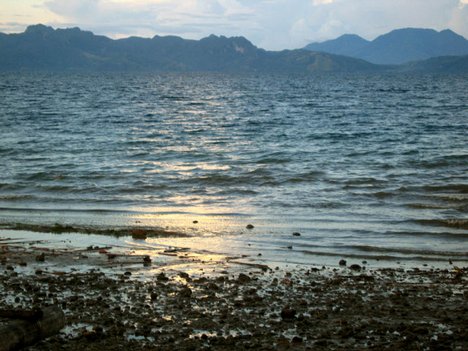 The result of over 100 different ocean studies funded by the European Union, a new 200 page report describes some frightening new trends in Europe’s oceans.

According to the studies, rising temperatures are causing melting ice, rising sea levels, erosion of the coast, an increase in storm frequency and intensity, acidification and deoxygenation of the sea and an alarming increase in a harmful, ocean-dwelling bacteria.

Director of Royal Netherlands Institute of Sea Research, Carlo Heip  told reporters “The biggest surprise is the fact that things are changing in the ocean much more rapidly than we thought was possible,"

The report warns “Millions of euros in health costs may result from human consumption of contaminated seafood, ingestion of waterborne pathogens, and, to a lesser degree, though direct occupational or recreational exposure to marine disease.”

The particular strain of concern can cause food poisoning, septicemia, cholera and serious gastroenteritis.

A new report from the American Dental Association (ADA) actually recommends chewing sugar-free gum or enjoying hard candy or lozenges containing polyol or xylitol as an added protection against cavities.

Polyol and xylitol are low-calorie sweeteners which are not broken down by normal oral bacteria and thus, do not contribute to tooth decay. Dentists now recommend that those at a higher risk of cavities, children 5 and older, chew polyol or xylitol gum for 10 to 20 minutes after meals to prevent cavities.

Though we all know the pleasure a good laugh brings, a recent study offers more insight into this effect.

Those who had a good laugh were able to withstand 10% more pain than before they watched the videos.

There’s something unusual going on in the Serbian town of Gorniji Milanovac.

When Sanja Petrovic asked her four year old son, David to fetch a spoon, she was dumbfounded to hear “Mom! It sticks!” and to find him in the kitchen with several spoons and forks hanging from his body.

Rightly terrified, she says she called her sister for advice – yet, there the story got stranger.

Her sister confessed her own six year old son, Luka had the same metallic attraction!

David’s mother adds both boys lose their magnetic powers during sleep, but regain them as they get up and start moving in the morning.  Though using these powers leaves them feeling a little chilly and tired, the boys are as happy to put on a show for friends and visitors as one might expect two little boys to be.

Curious, doctors of various expertise have examined the boys, but find them otherwise perfectly normal and healthy, without any clue to what might be causing the magnetism.

Odder still – though the phenomenon is rare, similar cases have recently been reported elsewhere in Serbia, Croatia and Bosnia.

Am I Forgetful Or Do I Have A Memory Problem?

The Global Burden of Disease

Khorasan/Kamut: An Ancient Wheat Source That May Be Easier On The Gut

Medicine as Business: The Financial Profitability of Medical Treatment

Too Much? Too Little? How Much Sun SHOULD We Be Getting?