By Laura Hogg
From the Laura's Culinary Adventures Blog Series

To those who know me, it's no secret that I'm not the best cook in the world. It's not that I burn casseroles or end up with limp, overcooked spaghetti - it's just that I haven't done much cooking and I don't have that natural instinct that some people were born with. My sister can just throw random things in a skillet and end up with a culinary masterpiece. Me? I'm the one you'll find staring into a fully-stocked fridge or spice rack, at a complete loss of how to combine things together.

However, lately I've been trying to take control of my health. And it's impossible to do so effectively if I don't know how to cook. So, I'm going to document my culinary adventures through blogging.

If you've never run a mile, it's probably best not to jump into a marathon. Likewise, I decided to start simple with this first experiment, so I chose a recipe that has just one base ingredient. How hard could it be?

After hearing about it from friends and reading about it in Jessica's blog, I chose to try making banana "ice cream." This easy recipe is a fantastic and delicious substitute for the real thing. It's healthy and dairy-free, and like I said, the basic recipe only contains one ingredient: banana. You can add other ingredients to it if you like. I decided to try two varieties to see which would work better: blueberry or peanut butter & honey.

Bananas (I recommend bananas that are brown/soft. I haven't tried this myself, but apparently, the more brown the banana, the less overpowering the banana taste. How many bananas you use depends on how much "ice cream" you want!)

Optional ingredients: milk (soy/almond/coconut etc.), mix-ins (whatever you like!) 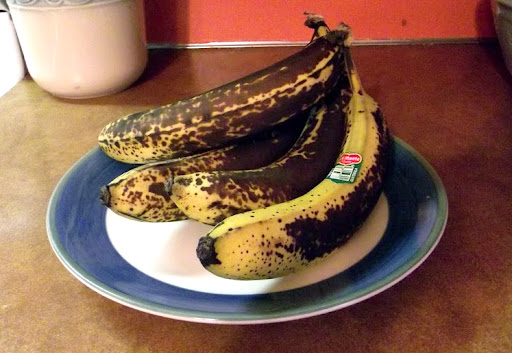 First, peel the bananas and slice them into little pieces. I made my pieces pretty small because I don't have a lot of faith in my blender! One they're cut up, put the pieces into a container, cover it up, and put it in the freezer. You'll want the bananas to be frozen, but don't let them get too hard or your blender will have a tough time. I let mine freeze for around three hours. 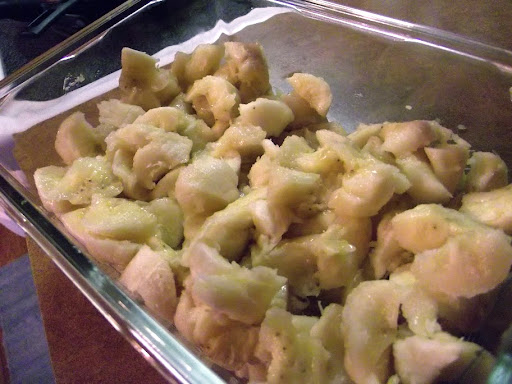 Once the bananas are frozen to a good texture, scoop them into your blender and blend until they're smooth. You may need to stop blending occasionally to stir the bananas around to make sure they are evenly mixed. At this point, you can add some milk if  your blender still is having trouble - but don't add too much, or the final mixture will be too solid. 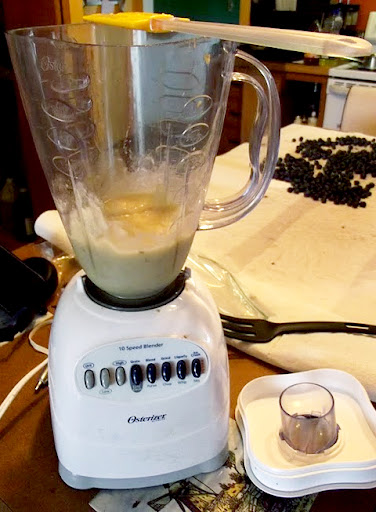 If you have extras that you want to mix in, now is the time! For my blueberry batch, I simply added fresh blueberries to the mixture until it got a nice purple color. For the peanut butter and honey batch, I added two tablespoons of peanut butter, drizzled honey to taste, and blended it all together. To see if it has the flavor you want, try a little spoonful and add more as desired. 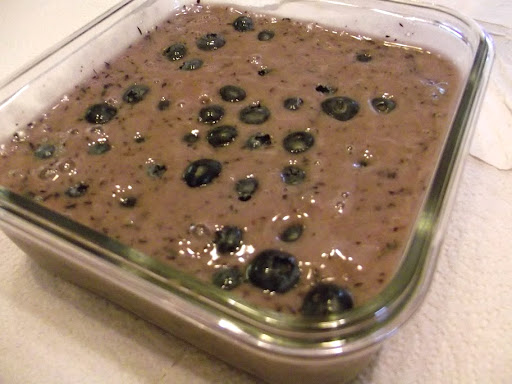 After a couple hours, the blueberry variety was frozen solid. The high water content in the blueberries had given the whole mixture an icy texture. I let it thaw for a while and it tasted pretty good, but very icy. It would have been much better to just drink the mixture as a smoothie instead of re-freezing it. Next time, I'll just drop whole blueberries into the mixture instead of blending them. Lesson learned.

The peanut butter/honey variety, however...Love it! The texture was just like real ice cream, and some of the best I've ever had, at that! I couldn't believe how easy it was. 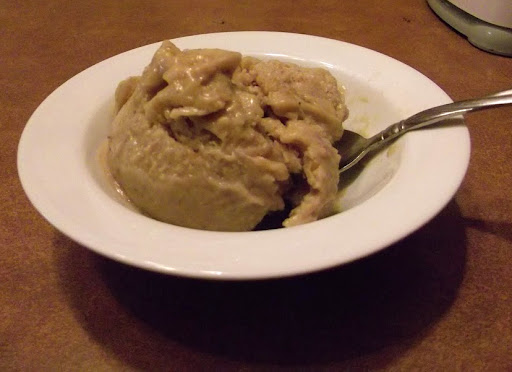 The best thing about this recipe is that it's pretty much a blank slate. You can have it plain or mix in just about anything, as long as you're careful about texture. I can't wait to try this again!

New Study: The Mediterranean Diet May be the Key to Longevity

Five Ways To Use Your Zucchini Abundance

Making Gifts for the Special People in Your Life