Pet Dogs Were 'Made In China'

Welcome to The Kibble. Here to provide you with a weekly source of dog news, research and anything else you may want to know about your furry friend.

Today we explore an age old question: where do pet dogs come from?

First let's answer the question how pet dogs originated. Pet dogs were created through the domestication of wolves. But according to one biologist, it was the humans were domesticated them. It was the wolves themselves.

Biologist Raymond Coppinger is the one who believes in this idea,

He believes wolves starting edging closer and closer to human beings because of how close their food was and eventually they became pets.

Now that we know how pet dogs came to be, where did they first originate? 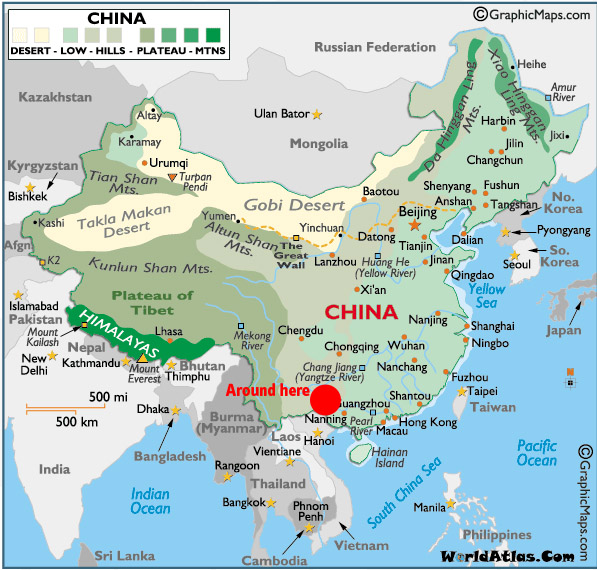 A study was done recently that proved dogs originated from that very place. The study based its data on mitochondrial DNA found in pet dogs all throughout the world.

How did we track dogs all the way back to South Asia (ASY)?
Researchers were able to identify the Y-chromosome sequence in female dogs. The discovery of this sequence allowed researchers to map out each dog genes that participated in the study. 151 dogs, 12 wolves and 2 coyotes were studied and all of them were from all different parts of the world.

Through analyzing these 165 canids DNA it was found that half the canine gene pool was shared universally throughout the world.

The area in the world that had the entire range of genetic diversity was only the Asian region south of the Yangtze River.

This indicates that wolves were first domesticated in the Asian region south of the Yangtze River. Because of how universal the gene pool is, it also suggests that several hundred wolves were probably domesticated at one time.

Studies Before This One

Before this study was done, archaeological data suggested that dogs originated from Europe and/or South West Asia. However, these data sets are said to have geographical bias and lacked data from the South Asian region.  Therefore, the only study of dogs’ origins so far that includes data from throughout the world is based on analyzing mitochondrial DNA.

So, this study appears to be the most accurate...for now.

[Pet Training] The Power of Not Giving In

The 5 Most Expensive Dog Breeds

My Best Health Advice for Dogs and Cats?

You are here:   The Smart Living Network ► Dog Breeds ► Blogs ► Pet Dogs Were 'Made In China'
Site Feedback